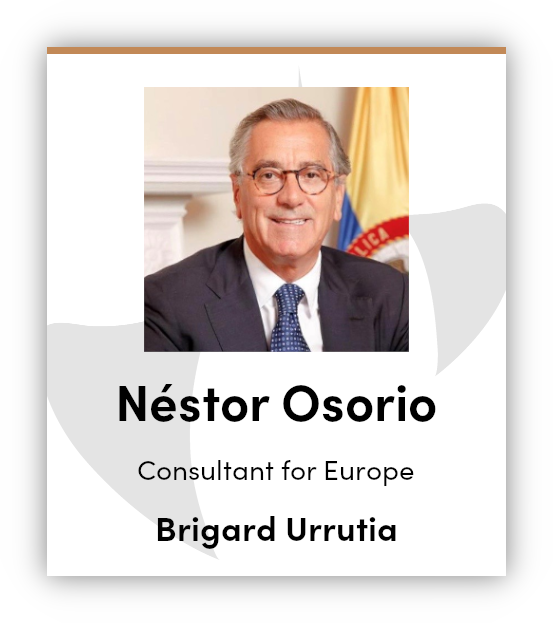 Néstor Osorio Londoño is a Colombian lawyer and diplomat who has played a significant role in government and in the multilateral system as Chief negotiator of trade agreements, commodities and international policy.

Néstor has held senior positions in several Colombian and international trade bodies, including at the International Coffee Organisation and as Special Advisor to the Government of Colombia on Coffee and Trade Affairs. Moreover, he was the first Permanent Representative Ambassador of Colombia to the World Trade Organization (WTO).

All of the above is in addition to Néstor’s esteemed academic and law careers. In October 2019, he joined the Law firm Brigard Urrutia as Consultant for Europe, based in London.

Néstor was awarded the Knight Commander of the Royal Victorian Order (KCVO) in 2016.

He is fluent in Spanish, English and French.