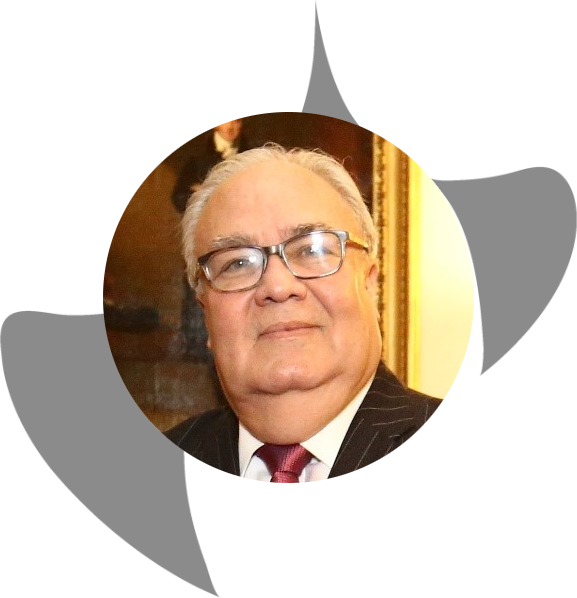 HE Ambassador Iván Romero Martínez, Dean of GRULA and Ambassador of Honduras to the UK

Ambassador Romero is the Ambassador of Honduras to the UK, and Dean of the Latin American Ambassadors in London. A career diplomat, since 1971 he has represented Honduras at the United Nations, at several international organisations, and in many countries. He has received honours from various nations and has published several works. In 2018, he received a Canning Medal from Canning House for his outstanding contribution to UK-Latin American relations.

This appointment makes Ambassador Romero the first holder of a new ex officio position as Canning House HVP for the Dean of the group of Latin American Ambassadors (GRULA). As Dean, Ambassador Romero has led the coordinated activities of Ambassadors in the UK representing countries across Latin America since 2015, providing an invaluable voice in the development of understanding and relations between the UK and Latin America. He will remain a Canning House HVP until the end of his tenure as Dean – which naturally we hope will not be for some years yet.

We look forward to continuing to work with Ambassador Romero, and thank him for all his past – and future - commitment to Canning House.