On Tuesday 29 October, Canning House and the All-Party Parliamentary Group (APPG) for Latin America hosted an event in the House of Commons to discuss the 27 October elections in Argentina and Uruguay, and their potentially destabilising effect on the Mercosur alliance. 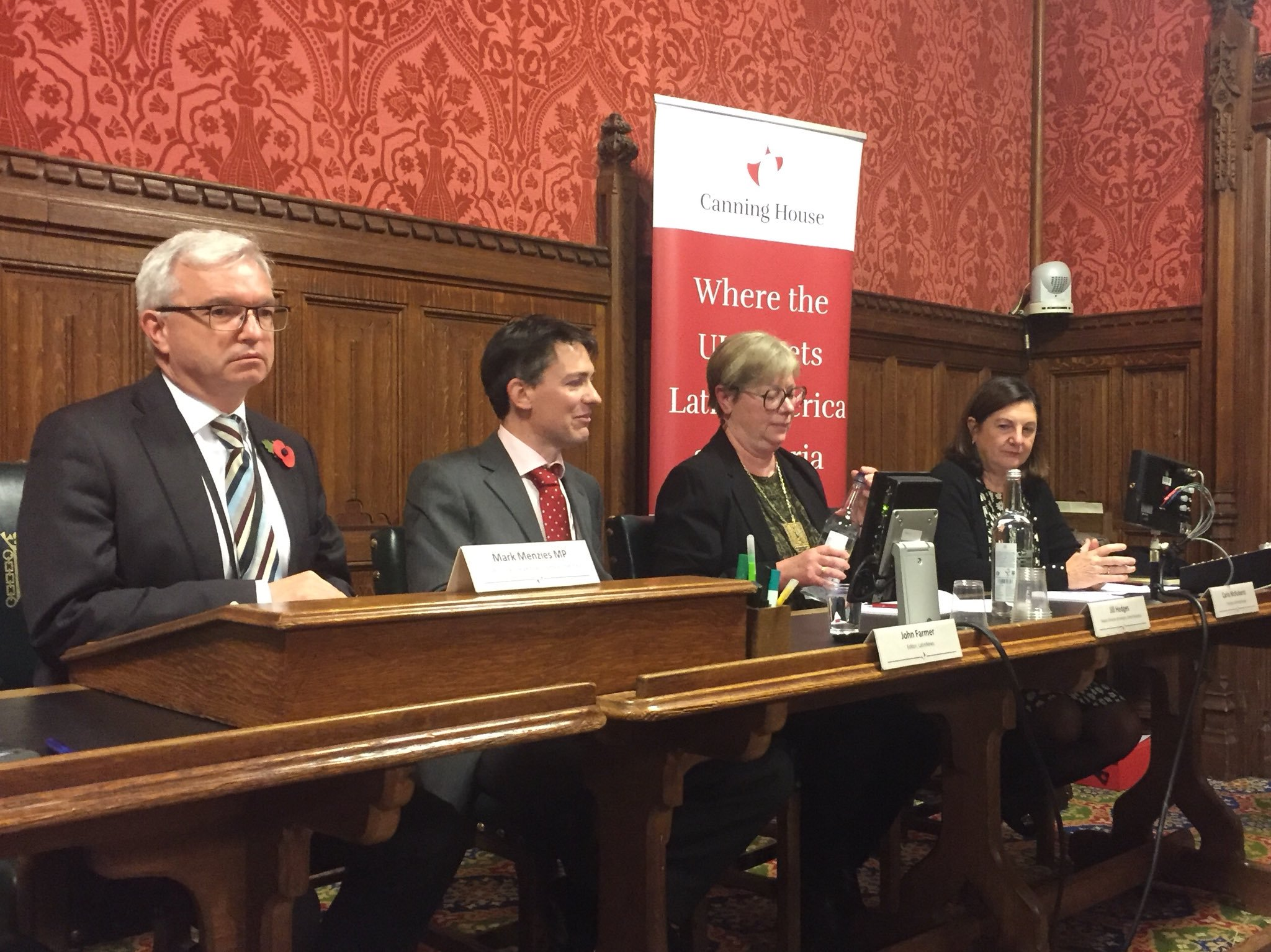 Jill Hedges, Deputy Director of Analysis at Oxford Analytica, then gave an insightful overview of the Argentinian context, which saw incumbent President Macri lose by approximately 8 percentage points to Alberto Fernández, running on a joint ticket with former president Cristina Fernández de Kirchner. Jill predicts the government transition will be smoother than the previous, with a transition team already set up ahead of Fernández taking office on 10 December. The most pressing issue for the incoming government will be negotiating debt write-downs with the IMF and creditors.

Jon Farmer, Editor at LatinNews, then discussed the Uruguayan elections, describing them as the country’s most interesting elections since the return to democracy in 1985. No candidate achieved the necessary majority to avoid a run-off, but it is the first time the ruling Frente Amplio’s (FA) stronghold on power has been seriously challenged in the 15 years since the party took office. Jon commented that the chances of the FA candidate, Daniel Martínez, winning the second round look good, but voter fatigue and rising levels of violent crime are favourable conditions for opposition candidate Luis Lacalle Pou, who will face Martínez in the second round.

The future of Mercosur could be at stake. The big elephant in the room is Brazil.

In terms of the impact these elections will have on Mercosur, Jon concluded that both Martínez and Lacalle Pou are likely to favour an ongoing alliance, but that “the future of Mercosur could be at stake. The big elephant in the room is Brazil”. However, the discussion highlighted that fraught presidential relations do not negate the importance of Mercosur for Brazilian and Argentine industry. The alliance looks set for a challenging few years ahead, but not dissolution.

To watch the full event, including the lively Q&A session with the audience, click the link below.