The Canning Agenda 10 Years On - Postponed

The fluidity of the COVID-19 situation and the latest Government guidelines mean that we are no longer in a position to go ahead with our Canning Agenda 10 Years On conference. We apologise to all our 100 guests who were looking forward to the insights of our expert panels and to Lord Hague's speech.

During the emergency, most of our future events will be converted to online webinars. However, we have deemed the Canning Agenda conference to be too large and complex to transfer easily into a virtual format; added to which the whole purpose of the conference was to provoke debate and gather broad input – a dimension where even the best online packages cannot yet supersede human face-to-face interaction.

Please note that this event is not cancelled – it is merely postponed. We have asked our venue – the Clothworkers Hall – to hold over our booking, together with that for the Gala Dinner, until a future date.

For more on our approach during these unusual circumstances, please refer to our Message from the CEO.

Please refer to this page for regular updates.

Please see our latest announcements regarding Canning House's approach to the current circumstances of Covid-19:

24/03 Update on our Events Programme

For a selection of recommended reading on Covid-19 in Latin America, please see our page here.

The Canning Agenda 10 Years On

In 2010 the British government launched the Canning Agenda, announcing its intention to re-engage with Latin America.

Ten years on, this event seeks to review progress and establish how successful the agenda has been to date, and identify what needs to be done to accelerate the progress of a revitalised relationship between Latin America and the UK.

With support from the Foreign & Commonwealth Office. 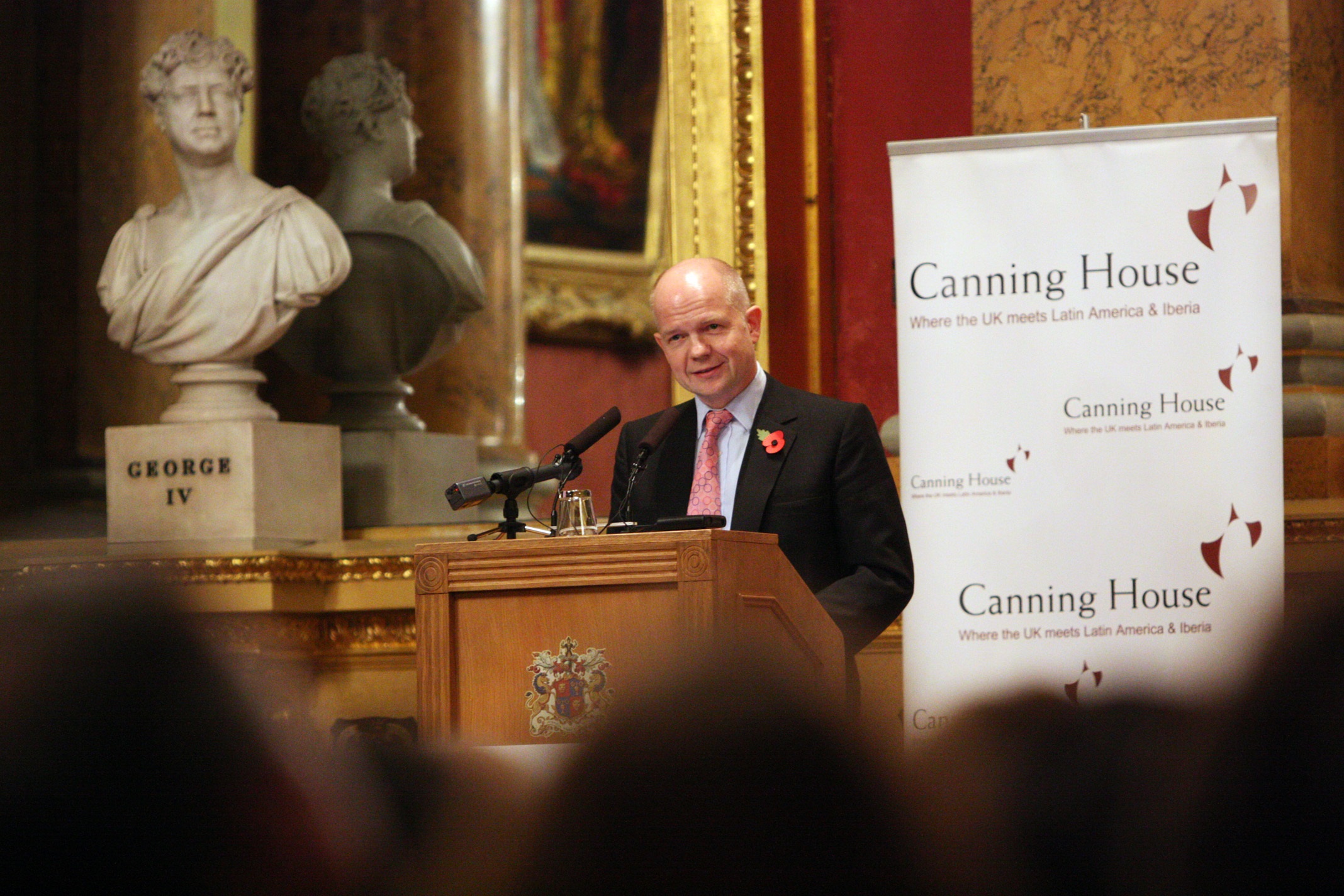 The Lord Hague, then Foreign Secretary, delivering his Canning Agenda speech in 2010.

The Lord Hague will speak at the Canning Conference via video.

Please contact us with any queries regarding event details, ticketing, etc.

(Please indicate in your message which event you are enquiring about.)

Want to sponsor an event? Learn how