Canning House celebrated 75 years of building understanding and relationships between the UK, Latin America & Iberia by holding a Gala Dinner in the Foreign Office’s Locarno Suite on 30th October.  The event was attended by Latin American and Iberian Ambassadors, former and current Ministers, UK companies with major trading links and investments in the regions, together with Canning House’s long-standing corporate and individual members. 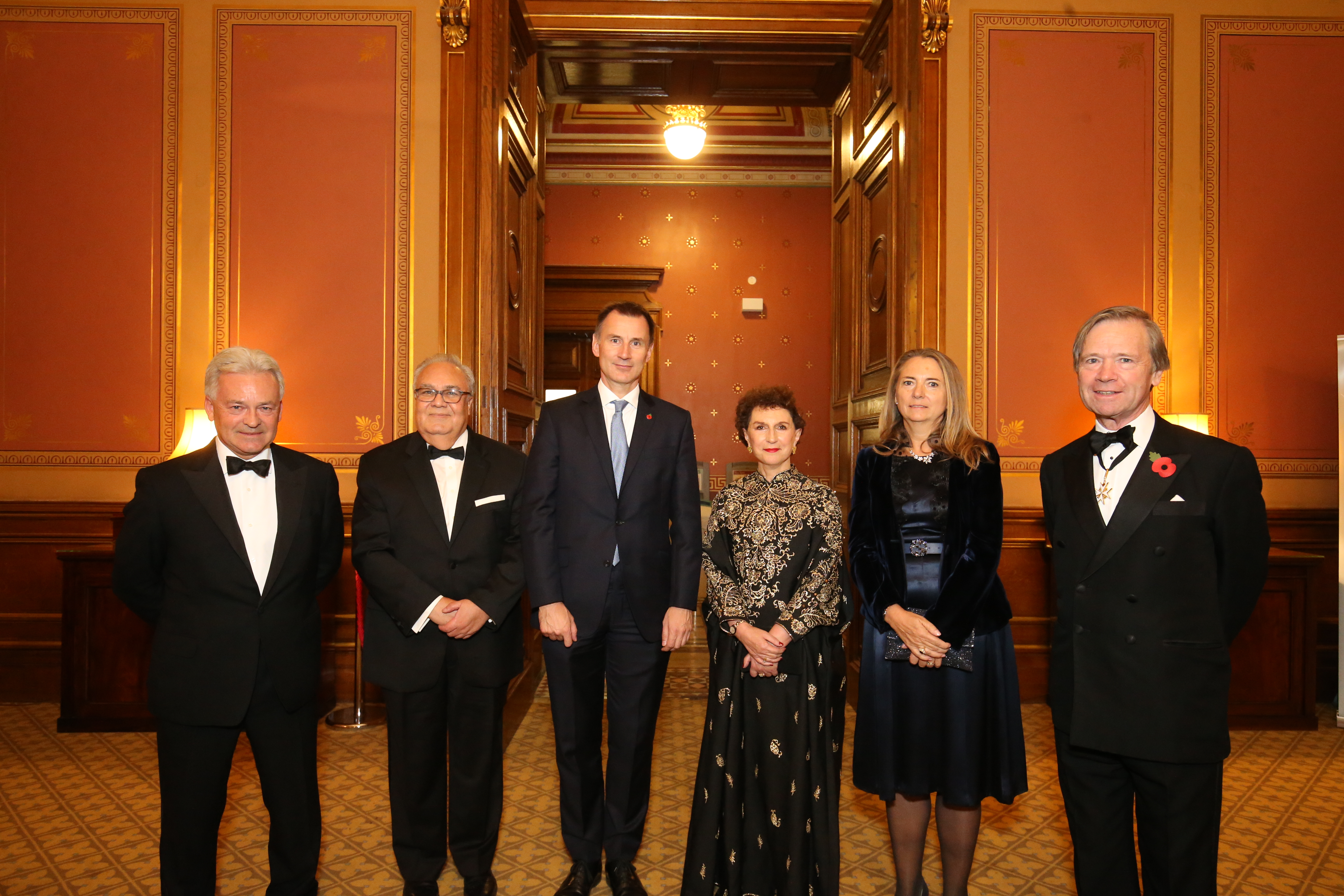 At such a crucial time for the UK to be forging international links, the event highlighted the renewed importance of strengthening its relationships with Latin America. The Rt Hon Jeremy Hunt MP, Secretary of State for Foreign and Commonwealth Affairs, said that while UK exports to Latin America are on a slow upward trend, the UK can do more in the future.

The guests then heard from H.E. Iván Romero-Martínez, Ambassador of Honduras and Dean of GRULA; Beatriz Araujo, Chair of Trustees of Canning House; and The Lord Mountevans, Honorary President of Canning House.

The Rt Hon Sir Alan Duncan MP, Minister of State for Europe and the Americas, delivered the keynote speech during the dinner. He highlighted the UK’s long-standing links with Latin America; stretching back to the famous Foreign Secretary George Canning’s determined support for Latin American independence movements, and beyond. Sir Alan spoke of the shared values between the UK and Latin America, and praised the strength of democracy in most of the countries in the region. The Minister thanked Canning House for maintaining the UK’s links with Latin America and Iberia over so many decades, and reaffirmed the continued importance of Canning House’s role in bringing the regions closer together.

Thank you to all those who joined in the celebration; with special thanks to our sponsors Shell and the Foreign & Commonwealth Office, and to all the embassies that generously donated products from their regions. Canning House’s mission to deepen understanding and relationships between the UK, Latin America & Iberia continues. 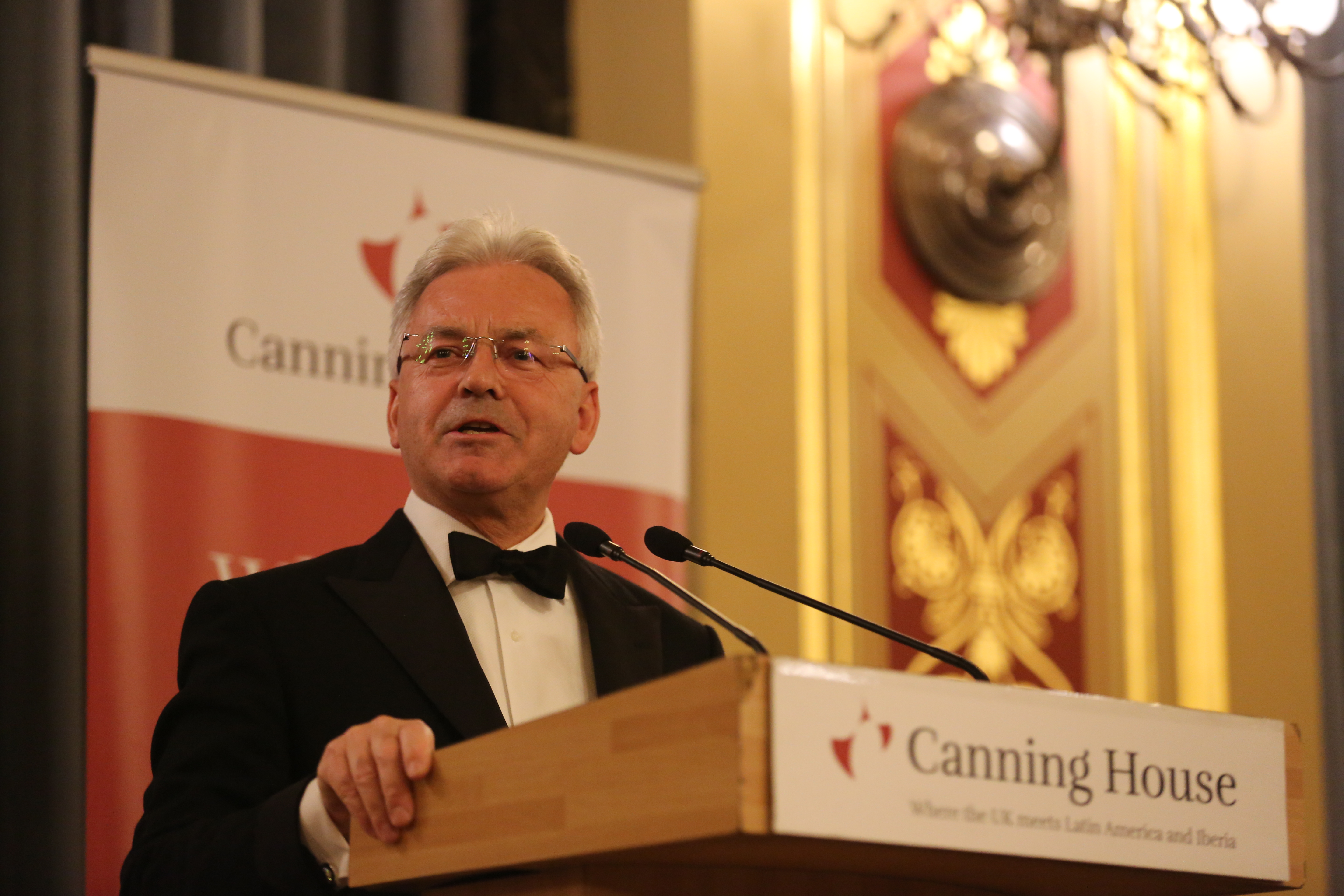 The Rt Hon Sir Alan Duncan MP, Minister of State for Europe and the Americas, delivering the keynote speech.

Canning House announced on 10 June that Jeremy Browne, former UK Minister of State for Latin America, will take over as its new CEO.

Canning House is looking for a Corporate Affairs Manager - a pro-active, confident professional able to work fast and strategically with exceptional attention to detail as well as excellent written and verbal communication skills.