On Thursday 12th May 2016, Her Excellency Michelle Bachelet, President of the Republic of Chile, delivered the Canning Lecture during her official visit to the United Kingdom.

Since 1997, the Canning Lecture has been delivered annually by a visiting Latin American or Iberian President. This was the second time that President Bachelet had delivered the speech, having previously done so in 2008.

President Bachelet was joined by Rt Hon Hugo Swire MP, Minister of State at the Foreign and Commonwealth Office, and Miriam González Durántez, Honorary President of Canning House, for this open discussion. 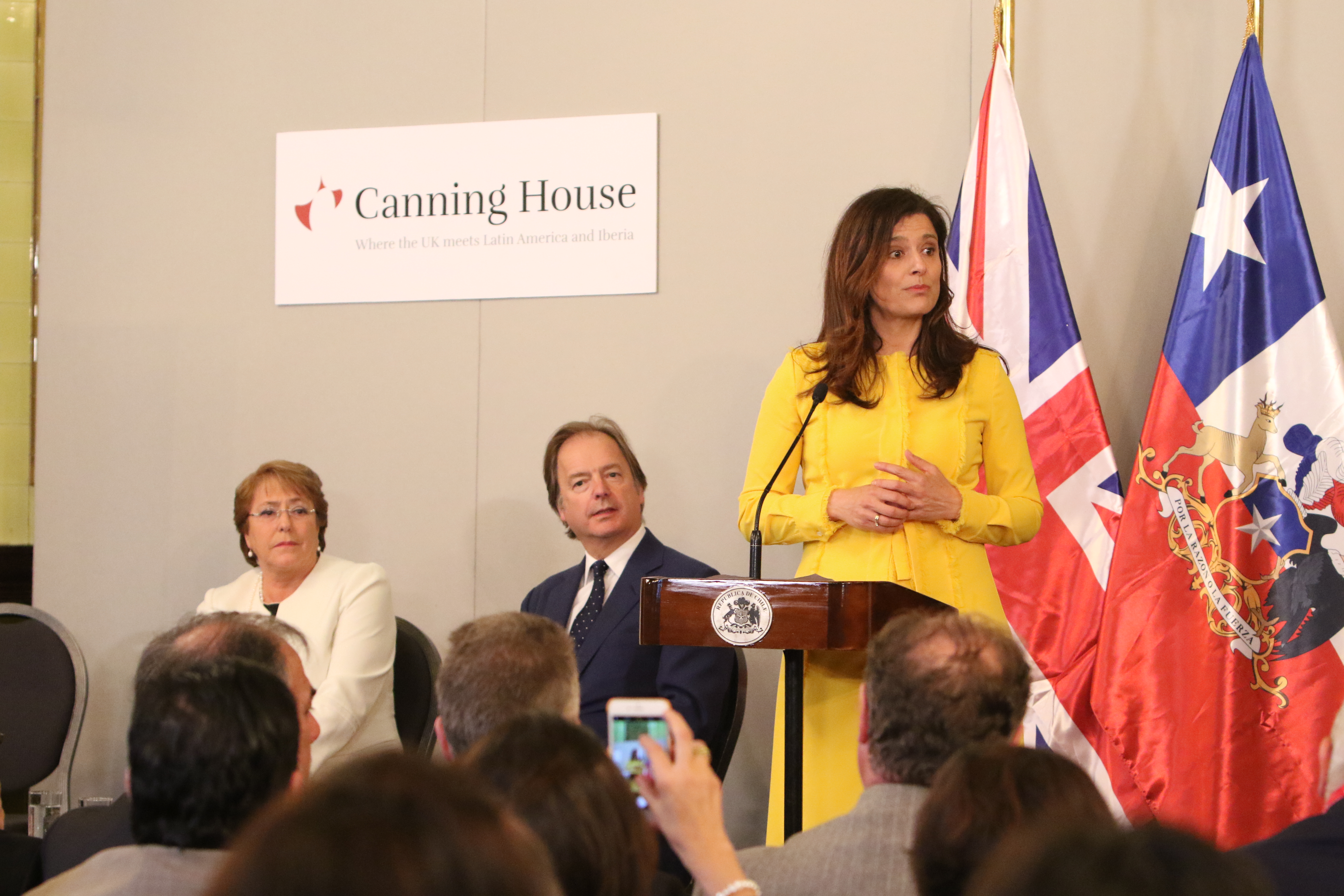 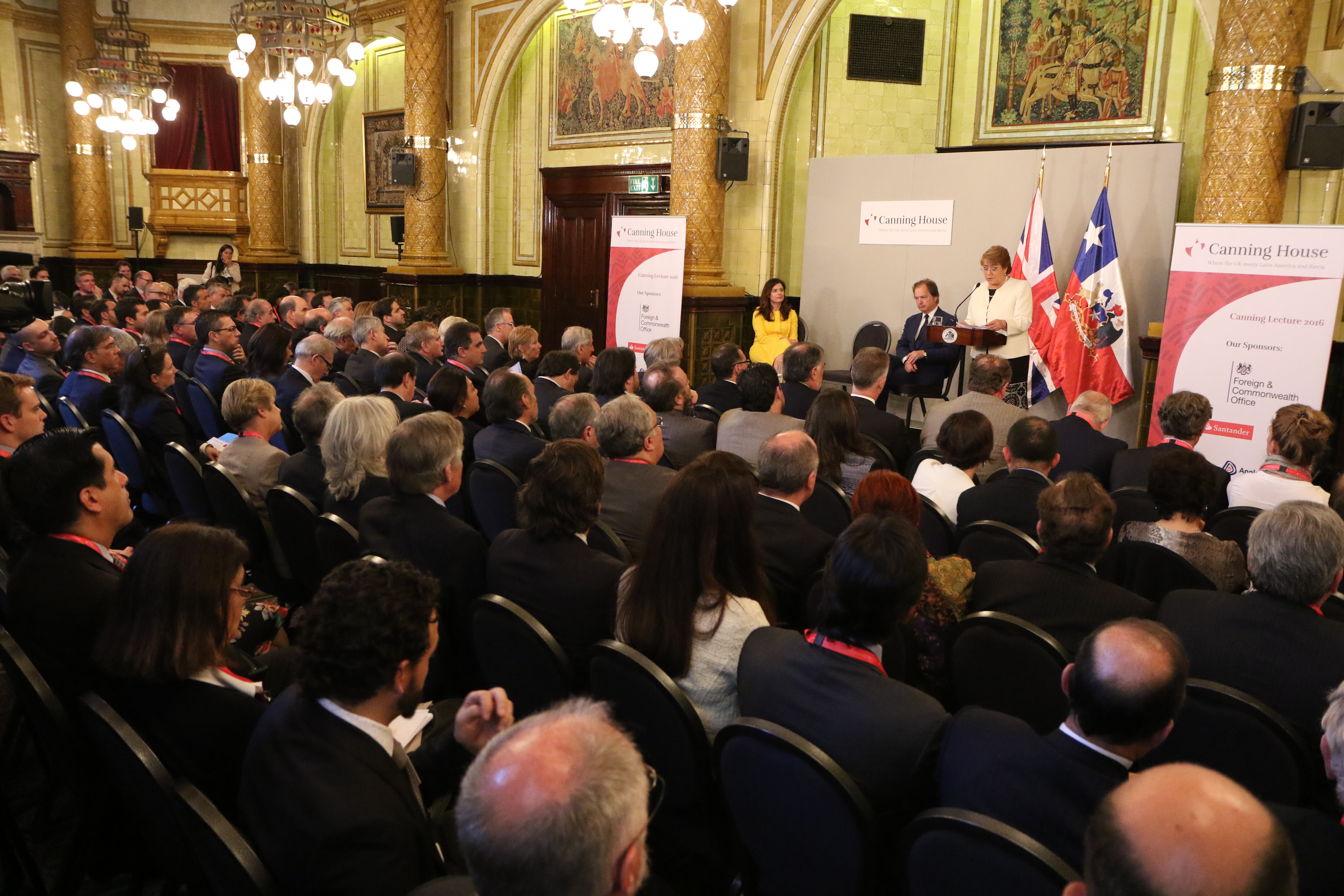 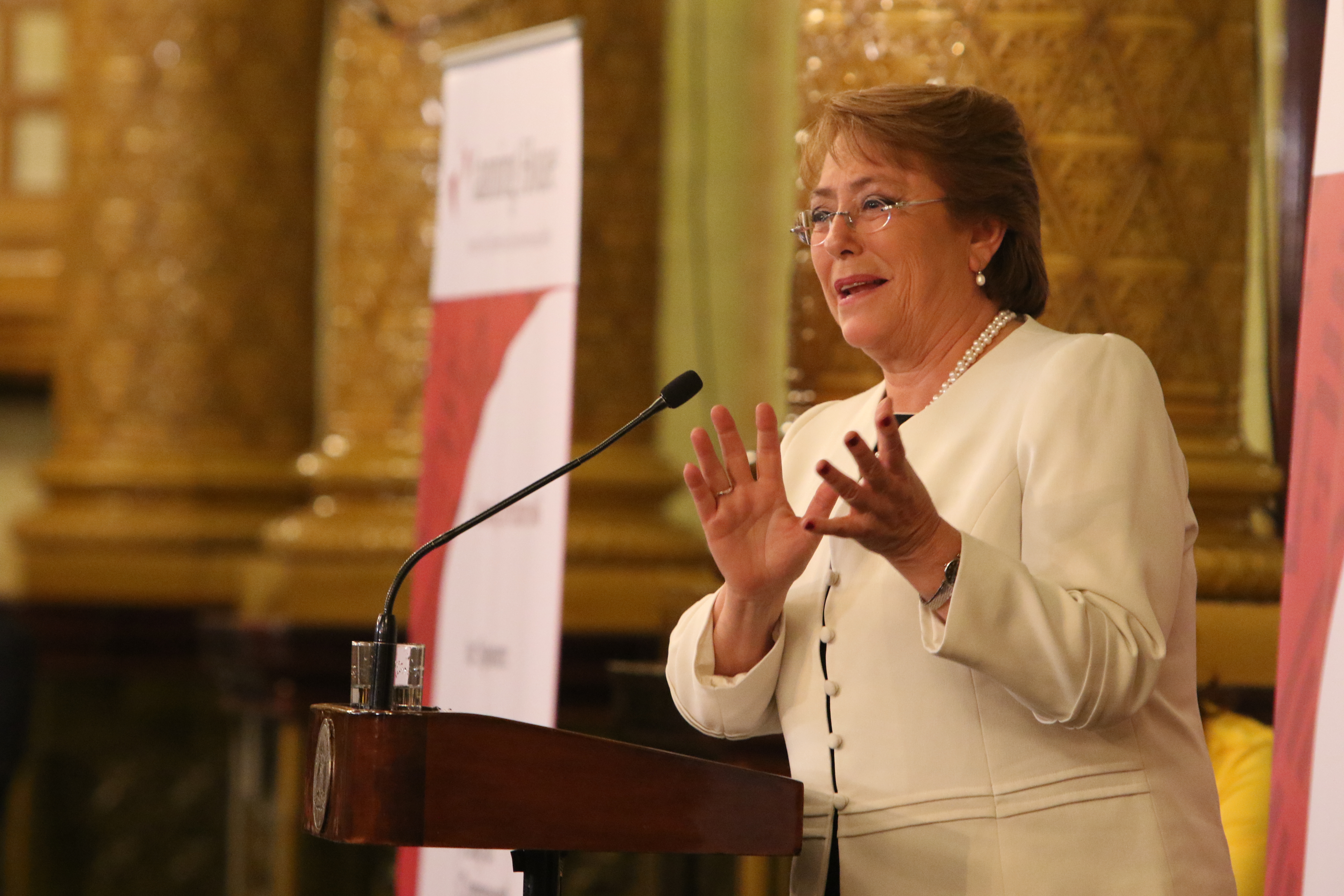 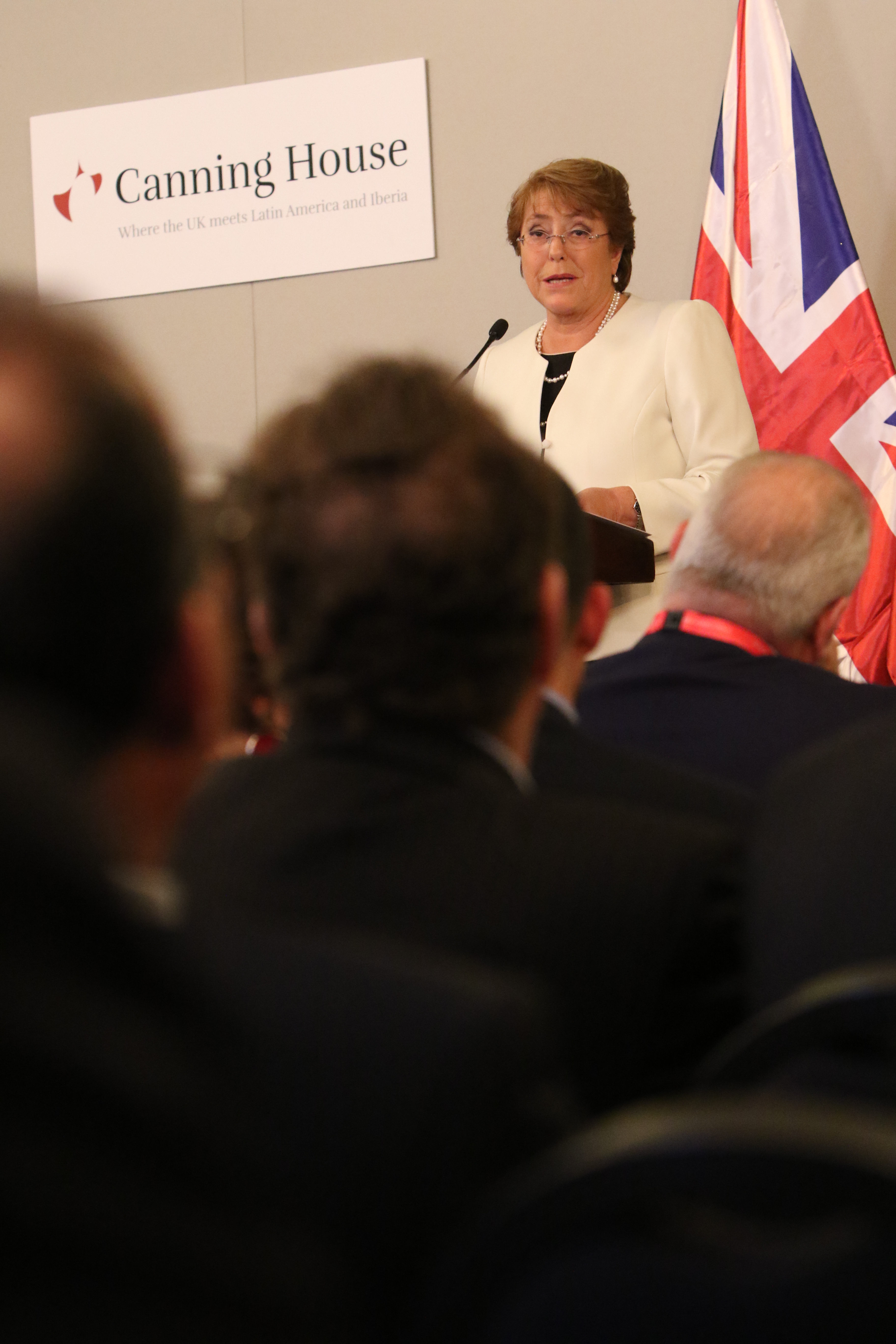