Chilean Navy Day is celebrated across Chile on the 21st of May each year, commemorating the legendary bravery of Captain Arturo Prat and the crew of the Esmeralda at the Battle of Iquique in 1879.

For 2020, Canning House, in collaboration with the Embassy of Chile, are pleased to present an event honouring this day. Our esteemed speakers discussed the history of the Chilean Navy and the significance of the 21st of May, and reflected upon the centuries-long relationship shared by the British and Chilean naval forces.

Admiral Tony Radakin CB ADC, First Sea Lord and Chief of Naval Staff of the Royal Navy, delivers a message to mark the first virtual Chilean Navy Day, celebrating the historic and enduring relationship between the British and Chilean Navies.

In March 2019, Admiral Julio Leiva, Commander-in-Chief of the Chilean Navy, visited the UK, attending a ceremony at Her Majesty’s Naval Base Portsmouth for the renaming of the former Lancelot Building to the Cochrane Building.

We are pleased to exhibit a selection of photographs from his visit: 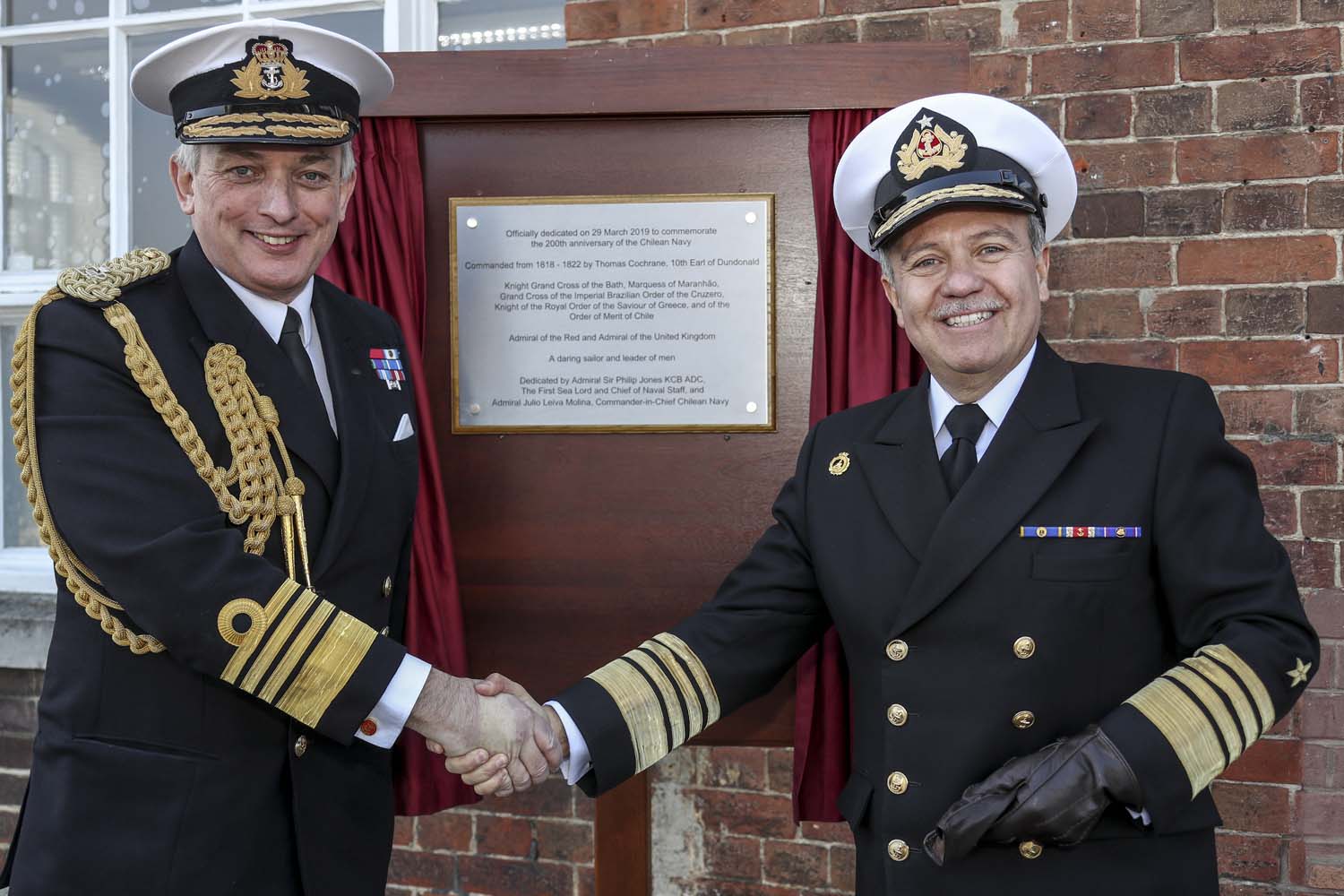 Admiral Julio Leiva (r) and Admiral Sir Philip Jones KCB ADC RN, then First Sea Lord and Chief of Naval Staff, in front of the plaque for the renaming of the Lancelot Building to the Cochrane Building at HMNB Portsmouth. 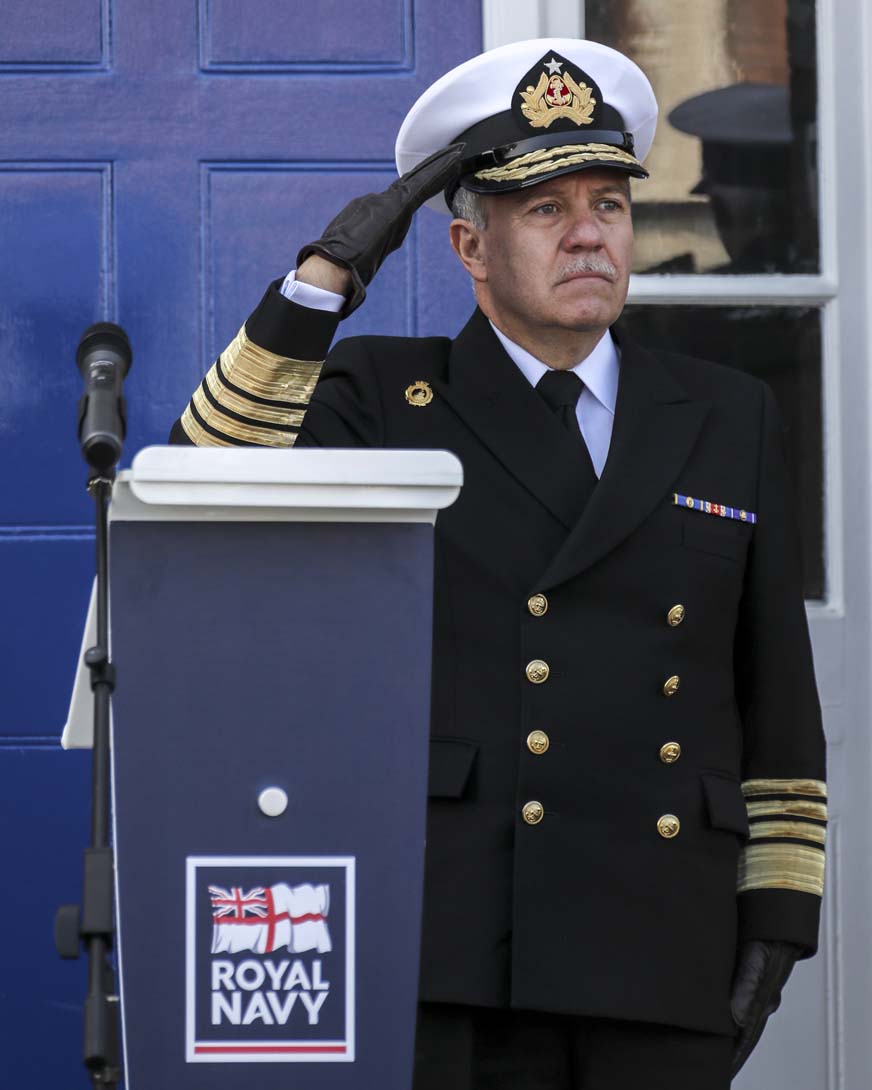 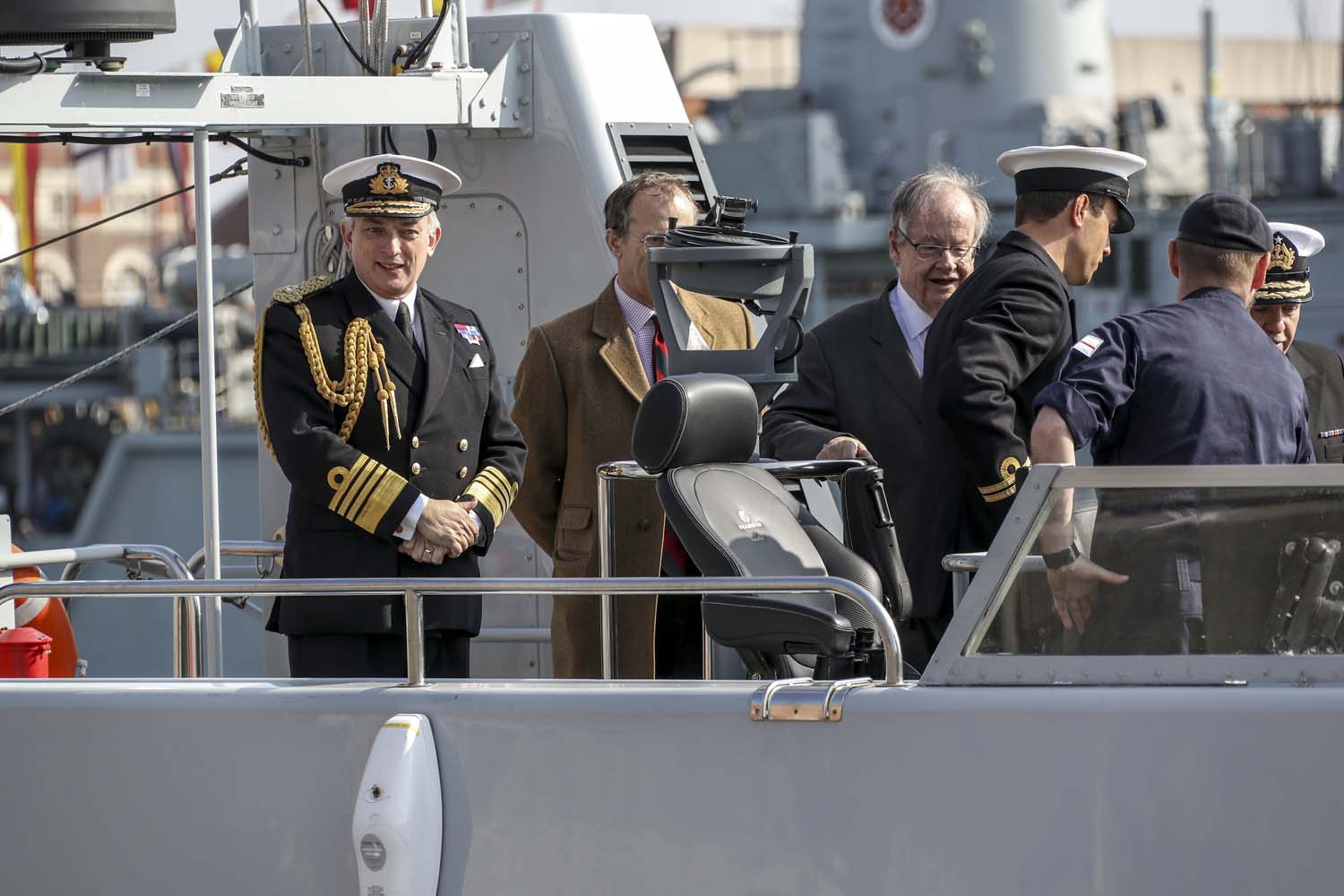 These photographs are sourced from the Royal Navy and displayed here under Open Government License.

On 21 May 2020, Chilean Navy Day was commemorated virtually for the first time. In previous years, the occasion has been marked with a ceremony in Westminster Abbey.

We are pleased to present photos from Chilean Navy Day 2019: 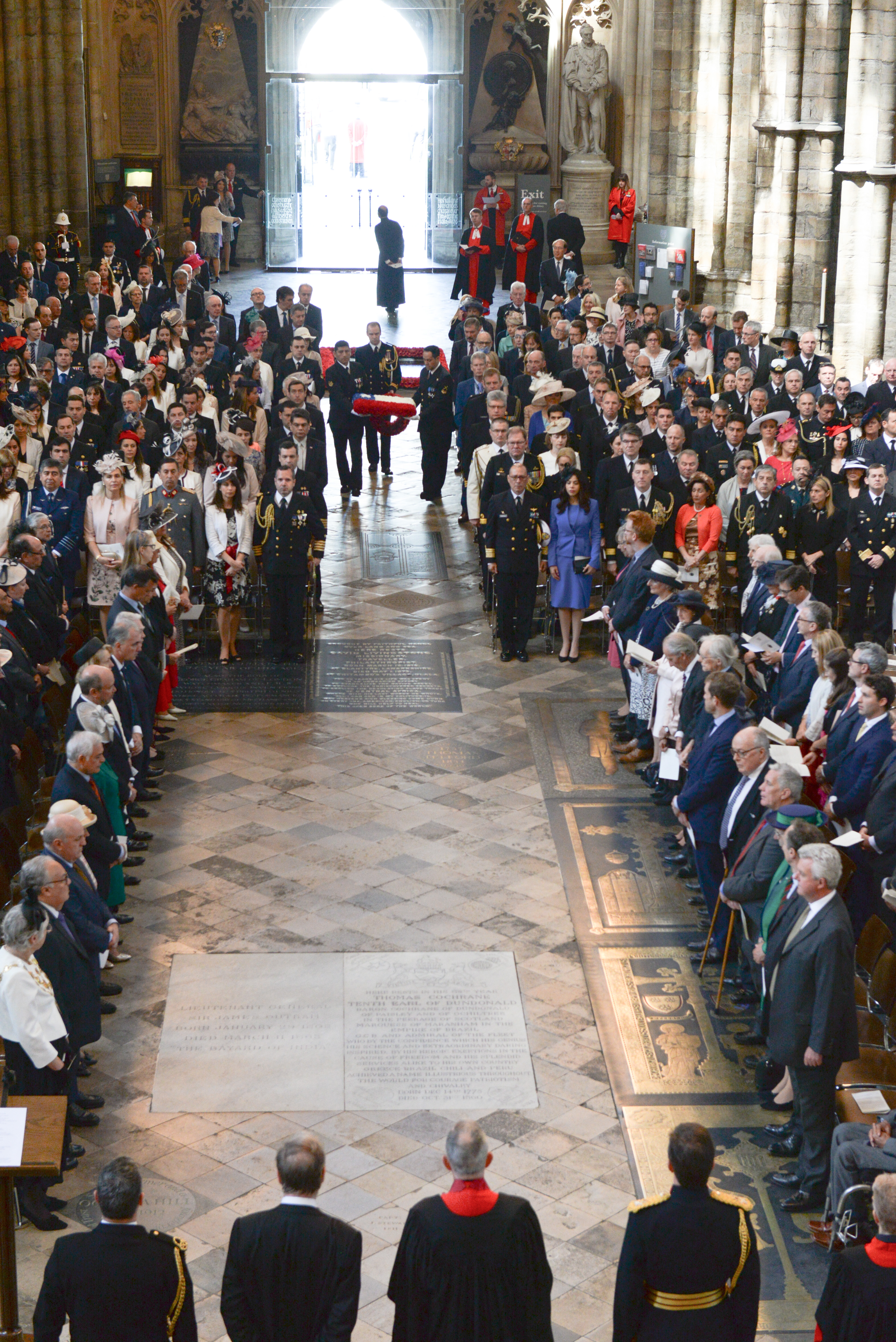 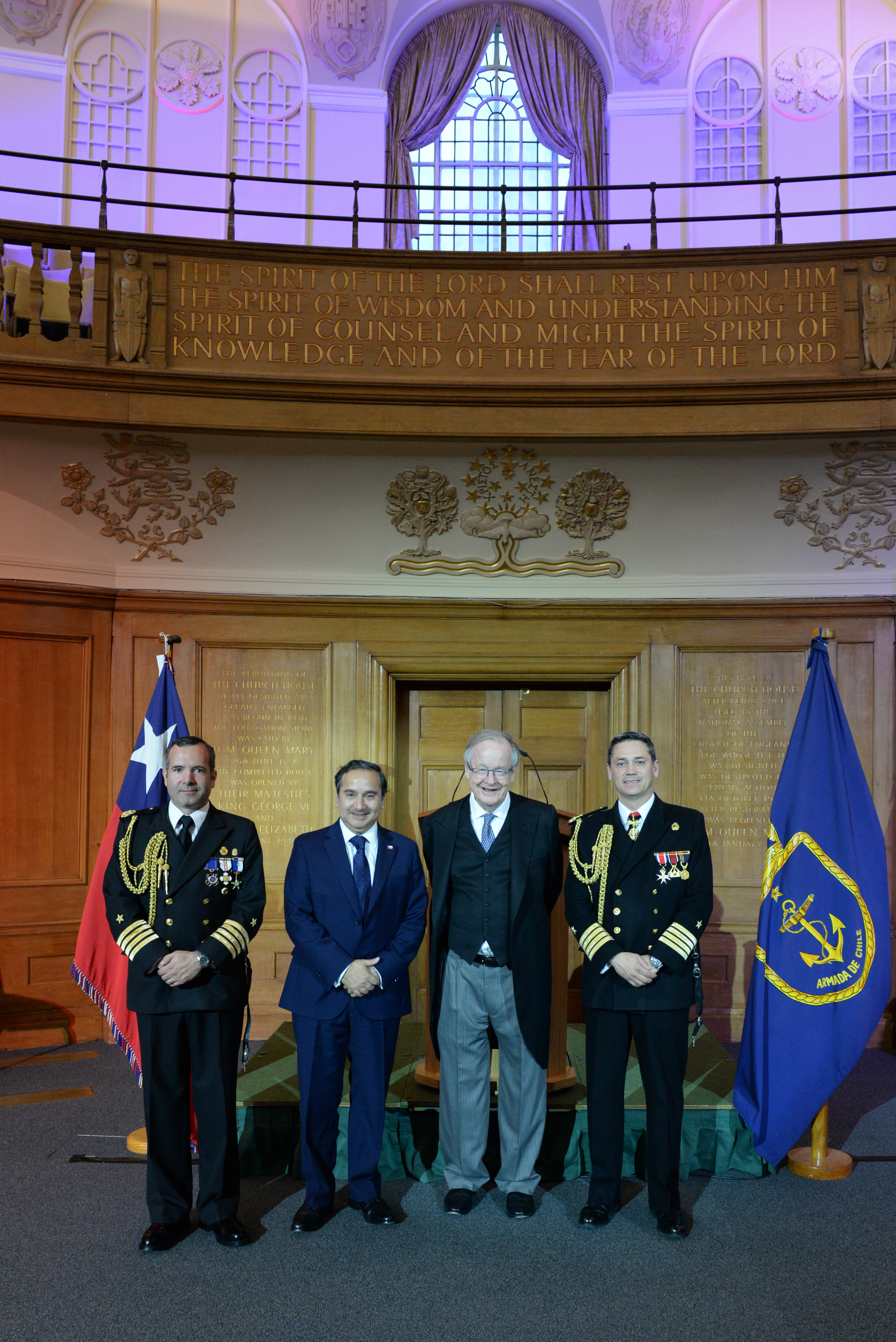 This content is for members only. Find out more about membership

Elections in Brazil: Round 2

After the first round of Brazil's 2022 presidential election saw no candidate achieve the 50% threshold for victory, a run-off between Jair Bolsonaro and Luis Inácio Lula da Silva was scheduled to take place on 30 October. In this webinar, Canning House and an expert panel analysed the first-round results, and considered what had changed in the race for the presidency.

Trade Alliances 2023: What future for Mercosur?

Canning House, the Paddy Ashdown Forum and GPS focus on the potential revival for the once much-maligned Mercosur trade bloc.